Planning Ahead: Talking with a Director About Funeral Plans

Planning Ahead: Talking with a Director About Funeral Plans 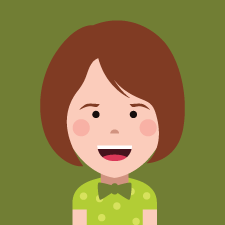 When my mother passed away, she gave each of us one last gift. Upon contacting the local funeral home, we found that she has already planned out every detail in advance. From the memorial service to the choice of casket and shroud, she has arranged for everything well before she passed away. All we had to do was look over the obituary and then leave things in the capable hands of the funeral director. I've since done my own advance planning. If you would like some ideas on how to do the same, let's talk. I can promise you that choosing to make all the plans in advance with one of the local funeral homes will be one of the kindest things you could do for your loved ones.

Cremation has become a popular choice for disposition of a loved one in the U.S. In 2014, approximately 46 percent of total disposition was done through cremation and its popularity is expected to grow to about 70 percent by 2030. In fact, that projection has already been achieved and exceeded in some states. However, even though traditional cremation services are cheaper and greener than burials, they do produce mercury and carbon emissions that are of concern. Not to mention the vast energy usage of up to 1,600 to 1,800 degrees Fahrenheit for each body.

So, if you are among the 71 percent of people who is concerned about your environmental impact, you might want to go the extra mile in considering these green cremation options.

One growing trend in green cremation is that of resomation. This method uses an alkaline solution to disintegrate the body at an 80 percent cooler temperature than the high heat in traditional cremation. The temperature of the water and potassium hydroxide solution does not exceed 350 degrees Fahrenheit and takes approximately the same amount of time as a regular cremation. The cost is relatively the same with a base price of about $650, compared to a base of $550 for the fire-fueled alternative.

Once the tissues have been dissolved, the bones left are then pulverized. These bone fragments are given to the family for their choice of final disposition, whether to share, scatter or use the ashes as they so desire.

The newest development in cremation disposition is called promession. Promession is the method of freeze-drying the body rather than burning it. The body is frozen at a temperature of minus 0.4 degrees Fahrenheit (-18 degrees C) and then submerged in liquid nitrogen to about minus 320 degrees Fahrenheit (-196 degrees C), which results in the body becoming quite solid but very brittle. It is then placed in a special chamber which shakes it apart while the water molecules are evaporated. Finally, all metal implants or mercury fillings are removed by a separator and the powdered remains are returned to the family. The approximate weight will be about one third of your loved one's original weight.

Final disposition of the remains is usually done with the use of a biodegradable coffin which is then buried. It is expected that within 6 to 12 months the powdered remains will become compost. To memorize your loved one, you could plant a tree or garden over the spot, which is also expected to be nourished by the remains to continue the circle of life.